We are there 400 episodes of Trace Video mix. A celebration for the leading broadcast of the videomix in television. More than 22,400 hours of mix with al episodes. Exclusive mashups and remixes broadcast on the first urban television channel. And always the same support, thank you to all of you fans for the support. I wanted to thank some people:

The team since day one, Olaze, Ghisal Malkom. G, the Kamara Team, Dj 110, Jonjo, Street Harmony, Nadmiar, Shj Dreamaka aka dj clad, Selekta Mao, dj adickson, dj Klass, Mister Yolan(de), Mister Greg Lassierra, Mister Tony B, La Recette team . Mr Moombah, Laosthaa, YamaMuzik, Solal B, Dj Snyze, Grizzy bbk as well as all the producers/remixers I had worked with. Everyone who I made video edits to (too many of you for the mentions)

To my Kreesoul, my nounou, my nonie, my Matou I love you so much you are my pillars. 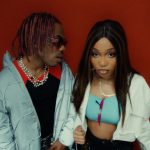 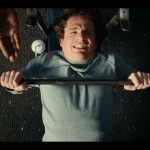